Sometimes the best ideas begin with a dream. And the PostSecret project is no exception.

This ongoing community art project was born in 2005 to proud parent Frank Warren. After visiting Paris–where he experienced a lucid dream, he returned to the states and began disseminating postcards with specific directions: Recipients must write down their innermost secrets, use the postcard itself as their canvas, and mail it–anonymously–to the address provided.

Twelve years later, the project continues to thrive. It has resulted in six books (I purchased two for our class library), has won several blogging awards (the top PostSecret entries are still published weekly), was featured in the All-American Rejects’ “Dirty Little Secrets” video, and is currently on display at the Smithsonian National Postal Museum through September 2017.  And because of how much pain Warren has seen in some of the responses, he has teamed up with the National Crisis Hotline Network for suicide prevention and speaks at various colleges and communities throughout the country.

My English classes participated in our own version of this project, focusing on our greatest fear (rather than secret), since we had explored that motif in a recent unit of study. The students anonymously published their greatest fear to a Padlet (they were encouraged to go deeper than just writing, say, “snakes”) and then selected the fear of an anonymous classmate’s to represent visually in our collaborative Google slideshow. (The names on the slides are the artists who brought to life the fear of their unnamed classmate.) We used Google Forms to vote for the best one, and awards will be distributed next week.

Check out the finished products of our community art project! The sophomores’ project is first, followed by the juniors’. (Use the pause button to linger on any given slide.) 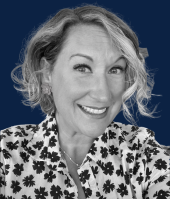 Room 1227 got a makeover this summer! The themes? You Belong, Love Your Neighbor, Teacher-Lady Sort of Likes Books, and, of course, Modern Farmhouse. #thankfulwearentonzoom #wpscommunity #booklove #ftlor
A new school year means a new round of Mom Guilt. Read some fresh-off-the-press reflections as we head back to Year 3 of Pandemic Teaching (link in bio). 📚🤹‍♀️❤️️💪 #booklove #ftlor #wpscommunity
When you’re on Summer Break and don’t have a Classroom Library to organize. #spicegirl #summerproject
After a few recovery weeks (with thankfully more to come!), I’m taking 5 new habits with me into the 2021-2 school year. (Link in bio.) 🥴📚 #wpscommunity